The Son of Kenya Day

My friend Joseph from Kenya works for the World Bank here in Albania and this morning we ran into each other on the street. I was covered in victory buttons for Obama that I had received from the American Chamber of Commerce's Celebration Breakfast. Joseph told me that Kenya's don't take any type of credit for Obama's victory but that they are more than excited for him and glad that a guy like him will represent the United States. Joseph said that it means so much to Kenyans that Barack Obama came searching for his father and family when he did, and how he acknowledges his cultural heritage. Joseph tells me tomorrow has been claimed a public holiday in Kenya and it's called the "Son of Kenya Day," in honor of Obama's victory. I thought that was pretty cool.
Albanians are definitely excited about Obama. My neighbors own a small convenient store and one of the guys was taking a break from work to drink a beer when I walked in this afternoon. He told me that his beer was in honor of Obama. Lina, a girl who owns a sandwich stand near my house, gave me an American keychain last week (which I wasn't sure why, thought it should have been the other way around) and so I gave her one of my Obama buttons to wear for today, which she loved! And cab drivers or basically anyone on the street will just shout, "Urime Urime per ti" which means "Congratulations, congratulations to you." When I first heard it this morning I thought, "why are they saying congratulations to me, I don't normally hear that on election day." But then I thought about it, the Albanians are congratulating me because he's my new president. I guess it just took me a while to realize it since it's my first time to not be in America when the new president is announced.
I'm posting some pictures from the election party this morning. They had a live feed of CNN international which was great to watch, I was even able to watch Obama's speech. And I met a whole bunch of people including a Peace Corps Volunteer who has invited me to speak at his school in Southern Albania because he's teaching students about cultural anthropology. Cool huh?
This first picture is of Cindy and me. 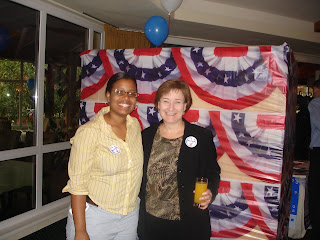 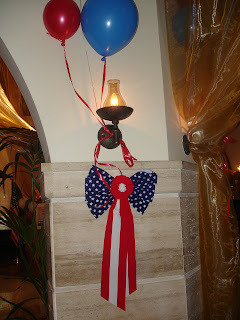 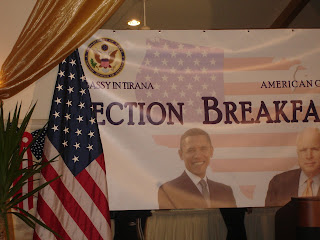 I promised that I would also upload pictures from Halloween. Ikuko and I went to a party together and it was her first time to go to a costume party. You may not be able to see very well but I decided to go as a sandwich...the cardboard is the bread and I'm wearing a yellow jacket for mustard. There are pink and green pieces of paper to represent the meat and lettuce and there's even real spinach on the front of the bread. 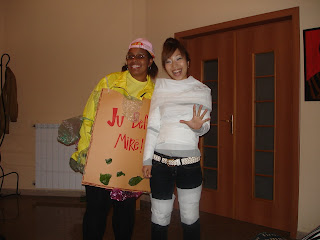 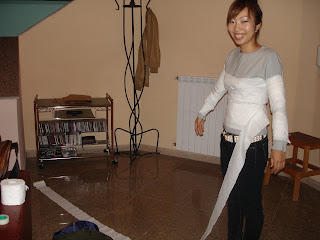 My friend Ylna had never thrown a Halloween party but together with her sister and boyfriend I'd say they did one heck of a job, complete with pumpkin carving contests. 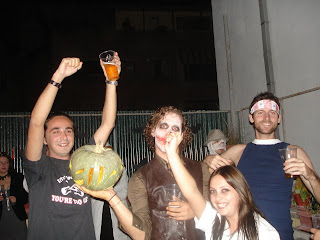 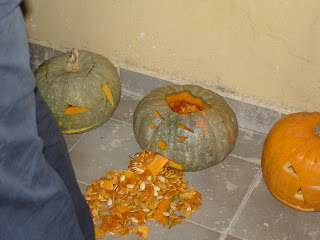 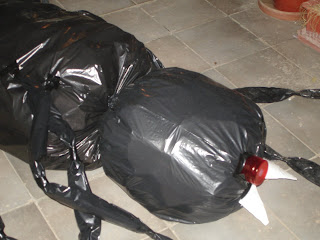